Sacrum Profanum is an international project, which has gained the status of one of the most interesting musical events in Europe. It presents latest music, aiming at erasing the borderline between contemporary classical music, often treated as difficult and incomprehensible, and the achievements of the ambitious entertainment-experimental scene. Its rank is built by participation – on the one hand – of the best ensembles performing contemporary classical music, i.a. Ensemble Modern, Alarm Will Sound, Bang on a Can All-Stars, Kronos Quartet, on the other hand – stars of the world’s alternative scene i.a. Aphex Twin, Jónsi, Jonny Greenwood (Radiohead), Adrian Utley (Portishead), Kraftwerk or Sigur Rós.

The festival has won the most recognised Polish prizes and awards. It has also been included in the official calendar of the Polish Presidency in the Council of the European Union. The Festival, recommended by prestigious music magazines including Gramophone, BBC Music Magazine, Mezzo television, is widely acclaimed by critics and the public at large. The Festival’s events are covered every year by more than 160 reporters from Poland and abroad.

The Festival’s thirteenth edition was stylistically involved with the “modern classical” movement presenting ambitious works by composers coming from the pop music community – Four Monographic Concerts – by Bryce Dessner, Richard Reed Perry, Kate Moore and Johann Jóhannsson, two creative transformations of the music of John Cage by So Percussion and Matmos and of Frederic Chopin interpreted by Olafur Arnolds and Alice Sara Ott plus two special projects – cooperation between These New Puritans with the classics as a recap of the last three editions of the Festival and “The Magic Mountain” by Paweł Mykietyn – Filip Berkowicz, the Festival Director presented the programme in a concise way.

A true feast for fans of this music movement but also for music lovers in general. The compositions of Jóhann Jóhannsson from Iceland, blending subtle electronic sound with orchestra, have brought him the title of neoclassic star and have quickly appeared in the soundtracks of popular Hollywood films (“Theory of Everything”). This is proof that this kind of music does not form any barriers and its reception is rather a matter of interest and sensitivity. 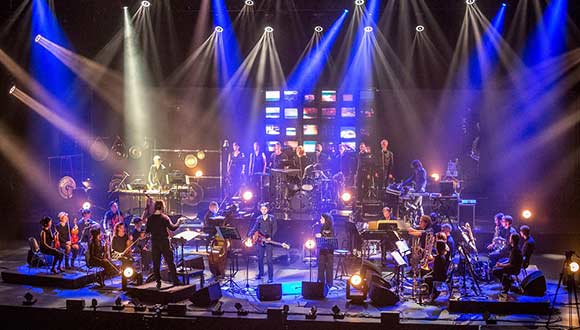 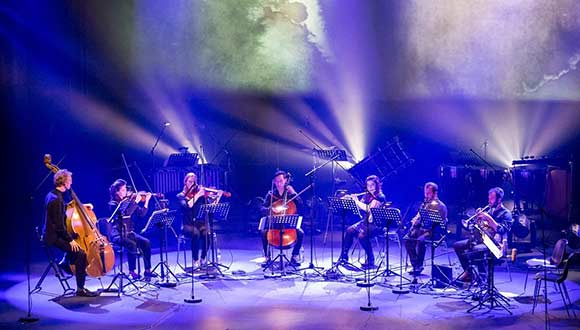 You cannot imagine a more appealing finale of a festival than the staging of a new opera. Krakowskie Biuro Festiwalowe (organiser of Sacrum Profanum) and Fundacja Malta (organiser of Malta Festival in Poznań), on the occasion of the 140th anniversary of the death of Thomas Mann, ordered an opera to be written on the basis of the lyrics of “The Magic Mountain”. The result of cooperation between four authors: composer Paweł Mykietyn, director Andrzej Chyra, playwright Małgorzata Sikorska-Miszczuk and visual artist Mirosław Bałka, is perfect. ”The Magic Mountain” is indeed a tale of the state of our mind and our civilisation. A tale, which is very much valid today (…) – Andrzej Chyra said.

Anyone who knows Thomas Mann’s great novel realises how formidable a challenge it is to take this prose to the stage. The unusual consistency of the messages, dramaturgy and excellent performance make it one of the most interesting events of the year. The quite awesome music, composed and played entirely from a computer, was created by Paweł Mykietyn. – It’s a musical sculpture – one of the critics described it. 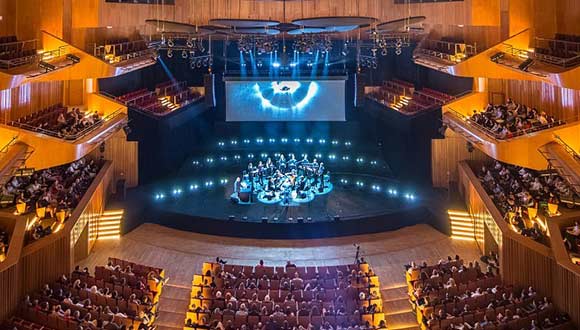 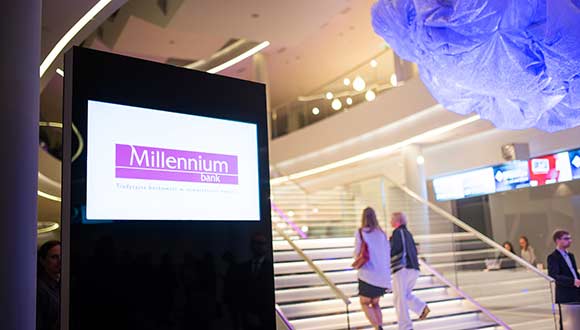 The Sacrum Profanum Festival has yet again pushed further the envelope of creative freedom, this time towards opera. The number thirteen turned out to have been lucky this time. Bank Millennium derives great satisfaction from having supported an event of such significance for Polish culture.