The "Golden Sceptre" for Wojciech Kilar

Wojciech Kilar - Composer, pianist, a lover of mountains and travel. An eminent artist, composing i.a. great symphonic works inspired with love for the Tatry mountains and highland folklore - "Krzesany", "Kościelec", "Siwa mgła", "Orawa" and accompanying great historic events in Poland, also expressing the composer's Christian "credo", his life being an incessant thanksgiving for the Gift of God - "Bogurodzica", Exodus", "Angelus", "Victoria". Eminent works, reaching to the essence of the composer's message, who with his music wishes to disseminate good and hope among people, bring attention to the highest values and give joy.

The author of music to over 120 feature films of the most prominent Polish directors - Andrzej Wajda, Wojciech Has, Janusz Majewski, Stanisław Różewicz, Krzysztof Kieślowski, Jerzy Hoffman. Marek Piwowski ("Rejs") to all the 33 films by Krzysztof Zanussi and for all the "Silesian" films of Kazimierz Kutz. Asked to work in Hollywood - the world motion picture centre - he composed music for the pictures: "Dracula" by F.F. Coppola, "Portrait of a Lady" by Jane Campion, "Death and the Maiden" from R. Polański, "King and the Mockingbird" by Paul Grimault, "A King for Burning" from Thomas Toelle. In 1999 he wrote the music for "Pan Tadeusz" - unique in its 13-syllable Polish white verse rhymed script - directed by A. Wajda and for "Ninth Gate" from Roman Polański.

Winner of numerous domestic and foreign music awards. In 2000 he was awarded the "Golden Sceptre" - the highest award in Polish culture, sponsored by BIG Bank GDAŃSKI SA and presented jointly by the Bank and the Polish Culture Foundation. 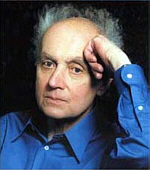