The 19th edition of the largest documentary film festival in Poland, Millennium Docs Against Gravity, is underway. As part of the festival, Bank Millennium continues the audio description project, thanks to which selected films are available to people with visual and hearing disabilities. 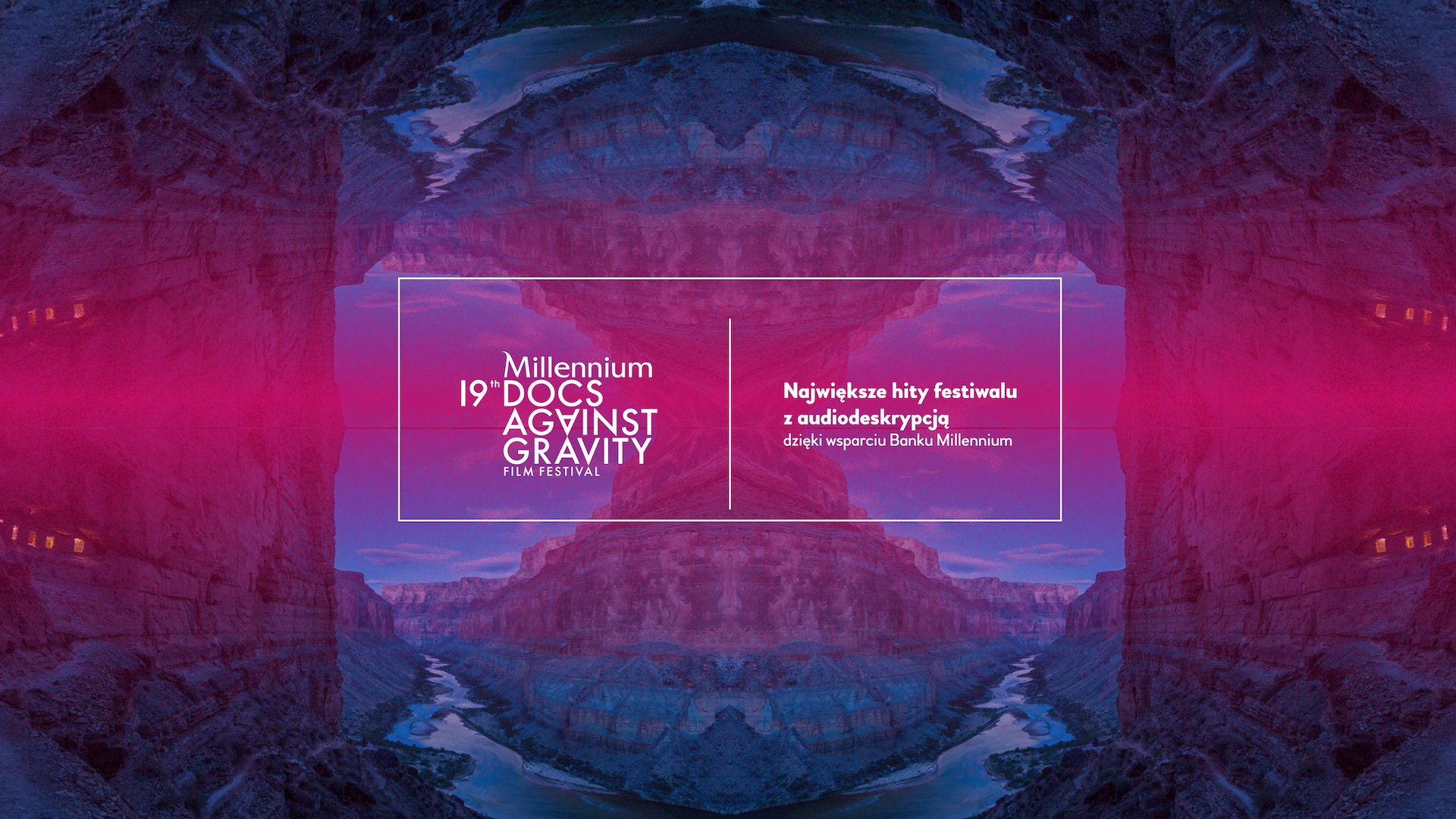 - We want to make the festival available to the widest possible audience, which is why for the fourth time during the festival you can watch with audio description and subtitles for the deaf. Selected films and shows will again feature subtitles for persons with impaired hearing as well as with the option of a voice description through headphones of the visual content. In this way blind and visually impaired persons, senior citizens as well as dyslectics and intellectually impaired persons can attend the festival without restrictions and enjoy the latest documentary productions from the whole world, in cinema and online. - said Iwona Jarzębska, Director of the Public Relations Department in Bank Millennium

This year, there will be four films that perfectly present the diversity of this year's program - “McCurry: The Pursuit of Colour”; “McCurry: The Pursuit of Colour” “A House Made of Splinters” and “The Pawnshop” Screenings of films with audio description will take place at the best hours, offering access to them to the widest possible group of viewers. Screenings with audio description will take place in three cities, and then once again also during the online edition of the festival.

Millennium Docs Against Gravity raises the most valid problems and needs of the contemporary world, opens viewers’ eyes to them and encourages action. Every year, the program includes i.a. Ukrainian films, which today, in the face of war, takes on a new, special meaning. The creators of the festival believe that showing and watching Ukrainian films and learning about Ukrainian culture and history is an important expression of solidarity with Ukraine and a way to get closer to its citizens. This year, the festival will also support young filmmakers from Ukraine, among others, in the production of their own documentary films.

Bank Millennium has been sponsoring the Festival and funding the Grand Prix already since 2006. In 2016 it became the naming rights sponsor of this event.

This year, in addition to the Grand Prix, the bank funded two additional prizes:

Bank Millennium has been involved in culture promotion for more than 30 years now. In parallel to its business it has supported national and local cultural events. It is a sponsor of culture 360° - promoting art in almost all its forms, including: music, painting, sculpture, film, theatre, photography, literature and performance. It reaches for niche and popular culture and is a long-term partner by design.

More about the bank’s sponsoring at:

This year the festival will again be held in hybrid formula: on 13-22 May in cinemas of eight cities in Poland: Warsaw, Wrocław, Gdynia, Poznań, Katowice, Lublin, Bydgoszcz and for the first time in Łódź. The online part of the Festival will be from 24 May to 5 June at mdag.pl.