The Bank Millennium Foundation did not remain indifferent to the fate of its neighbours fleeing the war from across the eastern border. Organising help points, support in finding accommodation, looking for a job or places to stay for children from orphanages in Ukraine is a series of activities, which were undertaken last year by volunteers – employees of the bank. Educational activities under the Financial ABCs project were also continued. In total, representatives of Bank Millennium allocated nearly 2000 hours for pro bono activities in the last 12 months. The Foundation summarised its activities in 2022 in a report just published. 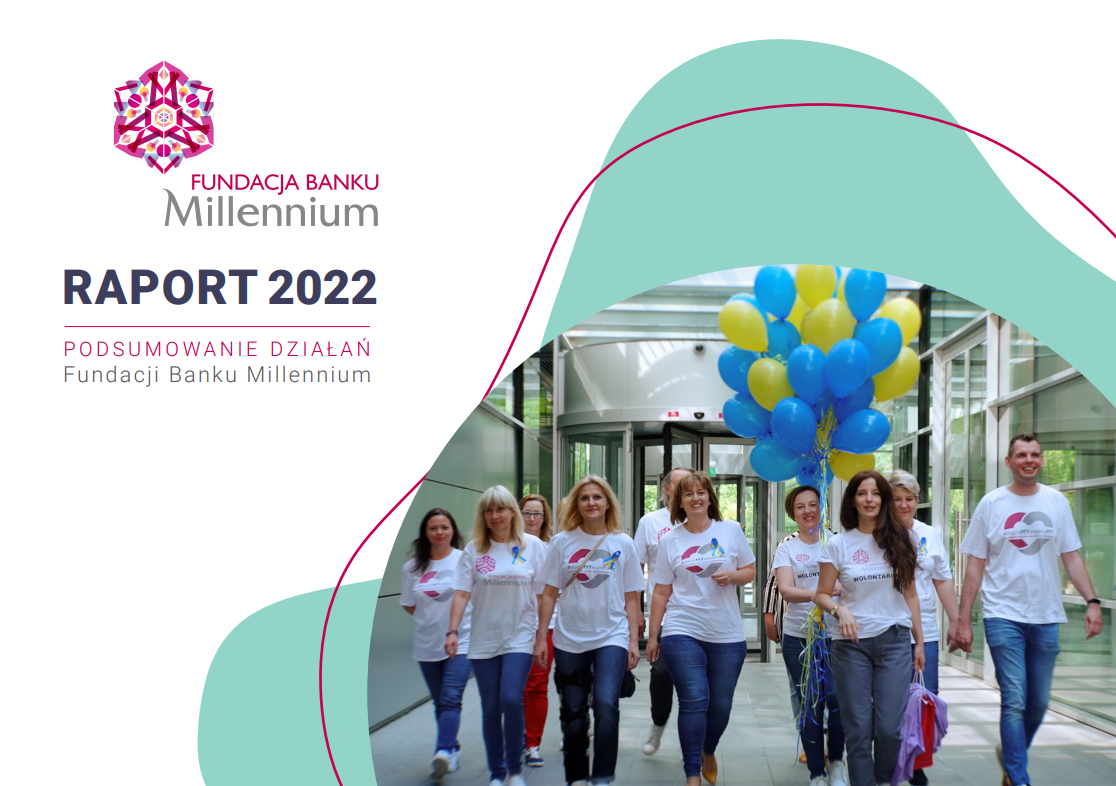 - We hoped that last year would bring us a moment of respite after the pandemic period, but once again we see that the current order is not given once and for all. Helping is something obvious and natural for us, which is why without second thought the volunteers of the Bank Millennium Foundation joined in immediate help for our neighbours from across the eastern border, who had to flee their own country as a result of the Russian attack – says Iwona Jarzębska, Chairman of the Management Board of the Bank Millennium Foundation.

In order to meet the dramatic needs of those fleeing the war, the Bank Millennium Foundation has launched a special edition of the volunteering grant programme #słuchaMYwspieraMY – for Ukrainian citizens. The project was aimed at long-term support for refugees from Ukraine who found their refuge in Poland.

As part of the action, 147 volunteers implemented 33 projects, organising collection points, delivering meals and basic necessities, as well as supporting the organisation of accommodation and places for children from Ukrainian orphanages, helping in finding a job, translations or education. 250,000 PLN was allocated for help.

In addition, the Foundation has undertaken activities in the field of financial education for another year in a row. In 2022 , the sixth edition of the "Financial ABCs" took place – an original programme under the honorary patronage of the Ministry of Finance, addressed to pre-school children. The project responds to the need to develop competences in the field of knowledge about money, which was indicated by the participants of a survey commissioned by the Bank Millennium Foundation among parents of preschool children. Last year, activities also focused on aspects such as cybersecurity and technologies in banking. The last edition was attended by 10 thousand participants in 400 workshops that took place in 118 pre-school institutions.

In 2022, the Bank Millennium Foundation was also the general partner of the sixth edition of the Financial Education and Entrepreneurship Congress, the most important forum for discussion, exchange of experiences as well as development of educational activities. During the Congress, the results of a study commissioned by the Foundation on the approach of Poles to the issue of financial education were presented. It shows that acquiring knowledge and building proper money management habits are very important for adults and the youngest alike.

The Bank Millennium Foundation, acting under the slogan "We multiply social capital", has been supporting projects that engage in activities for the benefit of local communities, for over thirty years. In its activities, it focuses on three areas of action: financial education, cultural education and promotion of volunteering.

As part of the main, proprietary programme "Financial ABCs", since 2016, over 27000 workshops for 68,000 children in kindergartens throughout Poland have been carried out. Special education materials were prepared for needs of the programme, including four books for children.